gRPC (gRPC Remote Procedure Calls) is an open source remote procedure call (RPC) system initially developed at Google in 2015. It uses HTTP/2 for transport, Protocol Buffers as the interface description language, and provides features such as authentication, bidirectional streaming and flow control, blocking or nonblocking bindings, and cancellation and timeouts. It generates cross-platform client and server bindings for many languages.

Building an API is hard

Server Code (any other language)

Client Code (any other language)

How to get started?

Efficiency of Protocol Buffers over JSON

gRPC can be used by any language

Pros and Cons of Protocol Buffers

Four Types of API in gRPC 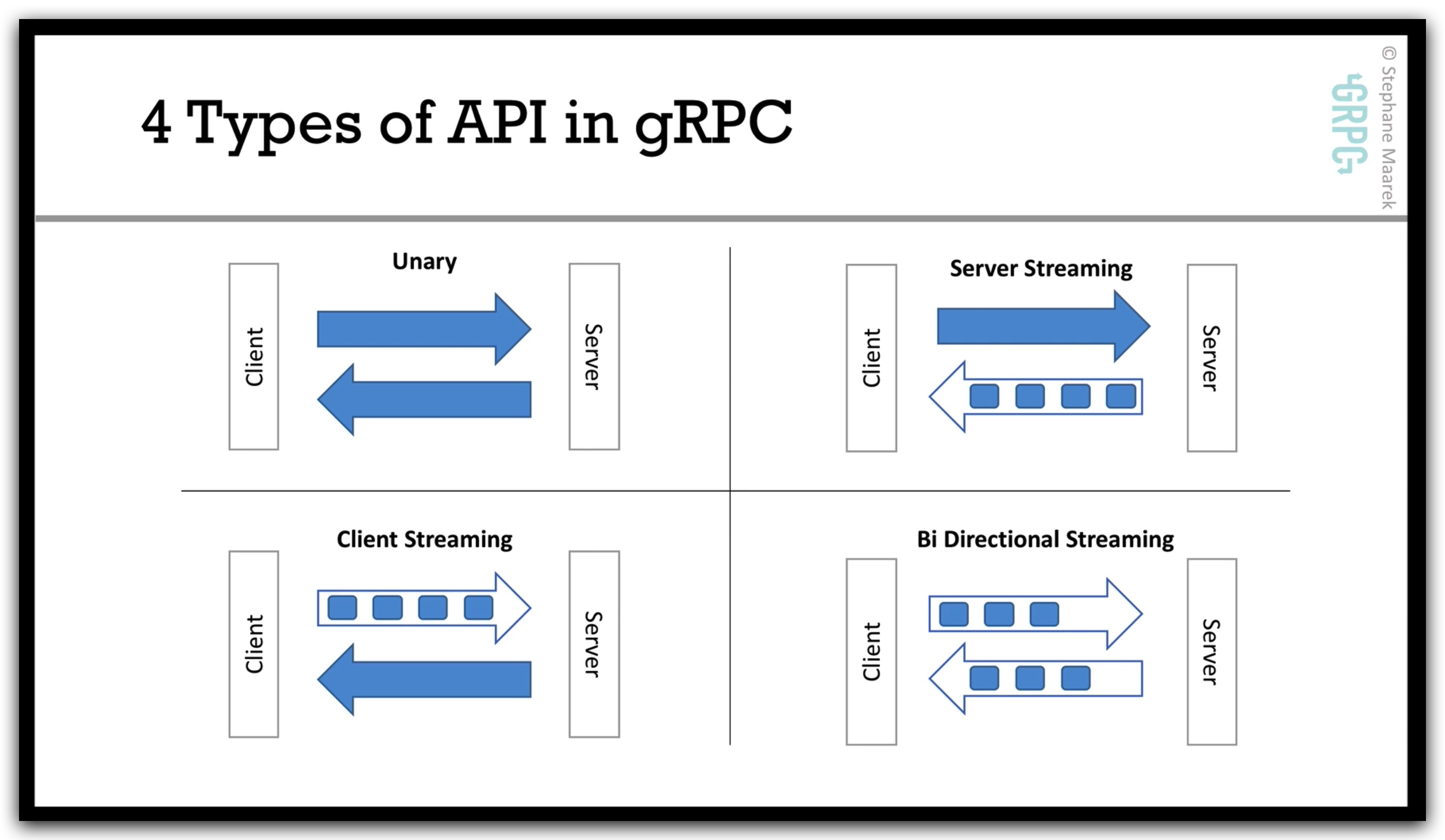